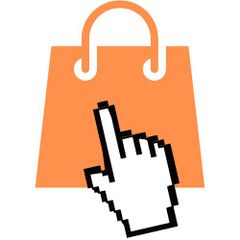 Are you an avid fan of Korean BBQ? Do you love being served with semi-raw Korean BBQ meat and then cooking it on a Korean BBQ grill before you actually indulge and savor the dish? You may perhaps also wonder how to make that tasty Korean BBQ dipping sauce that accompanies your favorite meats of this kind at a Korean restaurant. If you are, then you will be excited about today’s story because we are going to share a list of some of the best Korean BBQ sauces. While some Korean BBQ restaurants often serve the same set of sauces for all types of Korean BBQs, we believe that certain sauces pair better with certain kinds of BBQ meat, just like different cheeses pair with different wines. Let us find out on this as you read further.

A Rundown Of Some Of The Best Sauces For Korean BBQs

bibigo is a global Korean cuisine brand that does not only provide sauces for this type of meat, but also other Korean recipe products like kimchi, dumplings, soups and stews, grilled fish, and so much more. Their Korean BBQ sauce is just one-of-a-kind. It has been said that it has been Korea’s for over three decades now. This sauce is rooted in Korean culinary traditions, bringing every authentic flavor alive and making them worth sharing. This BBQ sauce is perfect to pair with not just BBQ really, but also various kinds of beer, pork, chicken, and seafood dishes. Use this either in restaurants or at home. Simply apply this sauce to the dish as you grill, sauté, or stir-fry. When using this as a marinade, soak for 30 minutes to taste the fresh and the rich flavors of this bibigo sauce. This sauce is made with authentic and delicious ingredients that include ginger and roasted sesame. Plus, it is also healthy since the ingredients have no saturated fat and cholesterol. Sweetened with apple and pear purees, the sauce tenderizes the meat, making eating galbi, bulgogi, or any meat dish at home delicious and fun.

Touted as Korea’s number one BBQ marinade brand, CJ’s Korean BBQ sauce is made with Korean pears and apples for a naturally sweet and savory flavor. The Korean pears and apples blended into the sauce create its sweet and fruity flavor, thereby enhancing the meat’s tenderness. Together with other ingredients, this sauce is great not only as a dipping sauce, but also as a marinade, grilling, and stir-fry sauce for beef.

If you are in search of healthier options when it comes to these kinds of sauces, take it from this sauce by the We Rub You brand. We Rub You, or actually We Love You, is a brand that creates delicious Korean cooking sauces and condiments for sharing Korean meals at home with family and friends. Made in the United States, you can use this sauce not only as a BBQ sauce but also as a marinade or cooking sauce. It is tasty and delicious with various dishes, such as those with chicken, steak, ribs, fish, tofu, and veggies. This is healthy, why? It is non-GMO, vegan, and gluten-free, plus it does not contain any artificial ingredients. Its ingredients include cane sugar, apple juice concentrate, toasted sesame seeds, toasted sesame oil, granulated onion, ground black pepper, ground ginger, and so much more. Try this today. You can shop for these sauces on Amazon.

Bonus Content: A Korean BBQ Pork And Some Cookbooks To Complete Your Dining Experience

Aside from some of the best Korean BBQ sauces we have listed above, we are also going to share a Korean BBQ pork product that is in demand today, and some cookbooks to guide you throughout the entire cooking and dining experience. Read on.

Every Korean BBQ sauce pairs up with delicious meat, so we got a Korean BBQ pork for you that is a must-try. From the Golden Island brand, this pork is also very healthy as it is gluten-free, contains no preservatives, no nitrites or nitrates, and no fillers, just sweet and smokey pork right off the grill. There is no need to look any further.

Cookbooks are there to help guide every kitchen maker on the dishes they want to serve to their loved ones. With a cookbook guiding you, you will know every step in the cooking without making a mistake. A casual and practical guide to grilling with Korean-American flavors brought to you by chef Bill Kim of Chicago’s award-winning bellyQ restaurants, this cookbook features 80 recipes, that’s right, 80 tasty recipes tailored for home cooks. In this cookbook, Bill Kim teaches the fundamentals of Korean grilling through flavor profiles you can tweak according to your personal preference. Then, he gives an array of knockout recipes. He starts with seven master sauces, and three spice rubs that will let you whip up a wide range of Korean recipes, such as Hoisin and Yuzu Edamame, Kori-Can Pork Chops, Kimchi Potato Salad, BBQ Spiced Chicken Thighs, Honey Soy Flank Steaks, and so much more. Indulge.

“The Korean Vegan Cookbook” is a dazzling debut cookbook by Joanne Lee Molinaro. In this debut cookbook, she shares a collection of her favorite Korean recipes – some traditional and others reimagined – and poignant narrative snapshots that have shaped her family’s history. “‘The Korean Vegan Cookbook' is a rich portrait of the immigrant experience with life lessons that are universal,” Amazon says. “It celebrates how deeply food and the ones we love shape our identity.”

What Are Some Of The Pros And Cons Of Eating Korean BBQ?

It has taken the world by storm. It is not only available in Korea, but also in many Korean restaurants established around the world, in Asia, in America, in Africa, in Europe, literally across the globe. To define what it is, it is actually an experience, the experience of cooking marinated meat over a hot grill at the center of the dining table. But not every time that eating this dish is always advantageous. There are also disadvantages to eating it. This type of BBQ, opposing the beliefs of others that it is unhealthy, is actually generally considered healthy. However, since they are often high in vegetables and cooked without much oil, they are often lower in calories than traditional American meals. So, if you are looking for a high-calorie meal, this will not be very ideal.

What Do Vegetables Do Koreans Serve With Barbecue?

Do You Think A Halal Korean BBQ Restaurant, Which Does Not Serve Any Pork Meat, Would Do Good Business In The US? If So, Which States Would You Think Would Be Best For Such A Restaurant?

Halal is an Arabic word that translates to “permissible” in English. In food, halal food pertains to food that are permissible for the practitioners of Islam, and mostly, they skip pork meat. With Korean dishes heavy on pork meat, along with other types of meat, it seems that halal and Korean BBQ are not on good terms with each other. So, would a halal Korean BBQ restaurant do good business in the United States? Interestingly, there are a lot of successful halal Korean BBQ restaurants in the United States, such as GunBae Tribeca in New York, and 7th Korean BBQ in Los Angeles, along with many others. So, generally speaking, restaurants of this kind would still do good business in the United States, even if they serve halal meat. Therefore, the best states to establish these food businesses are states with the highest Muslim population. The top four states with the highest Muslim population are: New Jersey, New York, Massachusetts, and Virginia.

Indulge Into The Tastiest Dishes With The Best Korean BBQ Sauce

Are you a food adventurer? Discovering the tastiest Korean dishes, like the world’s favorite, the Korean BBQ will never be complete without a good sauce. Your Korean BBQ dipping sauce is a sticky type of sauce that is both a bit sweet and spicy, and can compare to a teriyaki sauce, a Japanese sauce. Whether you are trying out Korean food prepared on a Korean BBQ grill in your preferred restaurant or you are indulging in Korean BBQ at home, the Korean BBQ sauce has become an essential at the dining table. In both dining and cooking food, sauces play a vital role in enriching the food’s flavors, adding juiciness, and enhancing the gastronomic feel of a dish. For instance, if you are served BBQ, you will often say, “Where’s the sauce?” Having a delicious sauce at your BBQ party at home or when dining in your favorite Korean restaurant truly makes a world of difference. Each of the BBQ sauces you learned from the list above has its own distinct characteristics, so it is worth giving them a try. Bon appétit! Or as they say in Korean, “jal meokkessumnida!”